Home X-ray Technologists, Is it Time to Ditch the Lead Apron Shield? 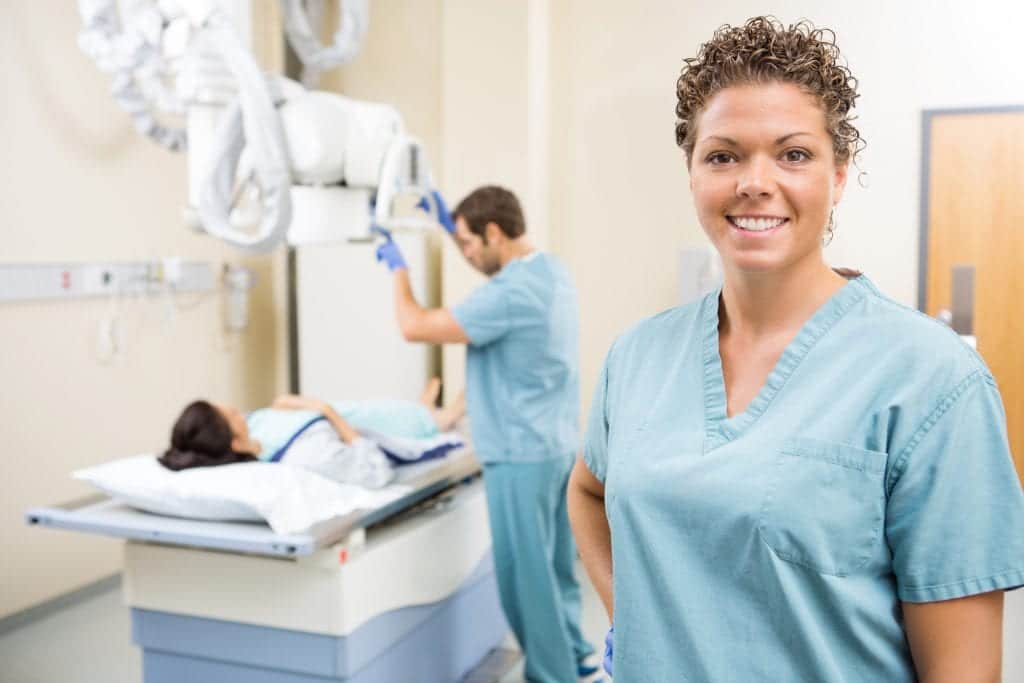 For more than 70 years an important protocol followed by x-ray technologists has been to use lead shields to protect testicles, ovaries, and fetuses from the potential ill effects of radiation. Likewise, dental technicians drape patients in lead aprons to protect their thyroid glands.

The use of lead shields began in the 1950s based on research using fruit flies suggesting that radiation could damage human DNA leading to birth defects.

However, research during the past decade dismissed such concerns leading some hospitals and imaging centers to eliminate the practice.

According to Aunt Minnie.com staff writer Will Morton, one of the hospital systems ditching their lead aprons is the University of Iowa (UI) system. As of July 1st of this year, the system eliminated the practice.

Stephen Graves, Ph.D., an assistant professor of radiology offered this explanation: “ A chest x-ray now, for example, delivers a similar radiation dose to what one would receive from a transatlantic flight or even just natural background radiation in about 10 days in the state of Iowa. “

The amount of radiation needed for an x-ray is about one-twentieth of what it was in the 1950s, and scientists have found no measurable harm to the ovaries and testicles of patients from radiation exposure that comes from diagnostic imaging after decades of looking at data.

Mary Chris Jaklevic of Kaiser Health News acknowledges in an article that this protocol about-face will require a major effort to reassure regulators, healthcare workers, and the public that it’s better and safer not to shield.

She notes that fear of radiation is deeply entrenched in our collective psyche and many people are surprised to learn that the act of shielding can actually cause problems. Lead shields are difficult to position accurately so they often miss the target area they are supposed to protect or inadvertently obscure areas of the body a doctor needs to see.

Shields can also cause automatic exposure controls on an x-ray machine to increase radiation to all parts of the body being examined in an effort to “see through” the lead.

Moreover, shielding doesn’t protect against the greatest radiation effect: “scatter”, which occurs when radiation ricochets inside the body, including under the shield, and eventually deposits its energy in tissues.

Ms. Jaklevic also noted that the movement away from shielding has yet to gain much traction among dentists whose offices perform more than half of all x-rays. An estimated 275 million medical x-ray exams were performed in the U.S. in 2016, but 320 million dental x-rays were done. Public confusion might develop if dentists continue to shield patients while hospitals and imaging centers don’t.

The American Association of Physicists in Medicine President, Cynthia McCollough, Ph.D., puts the educational challenge of changing points of view over this 70-year-long practice into perspective, “While science can lay the groundwork, facilitating a data-driven discussion, any meaningful dialogue about potential changes to clinical practice must in include all members of the medical imaging community. Radiologic technologists, medical physicists, radiologists, and regulatory agencies are all committed to the same goal, the safe and effective use of medical imaging. “

Emerging Trends in Radiology – The Use of Artificial Intelligence